In November 2021, a video by residents of the initial reception camp for refugees in Suhl became public, showing the scandalous treatment by individual security employees.

In January 2022 we discussed in an online panel with two experts: What is security allowed in the reception camp and on what basis? What is the reality of dealing with residents in the Suhl initial reception camp? What are the practical possibilities for a response? 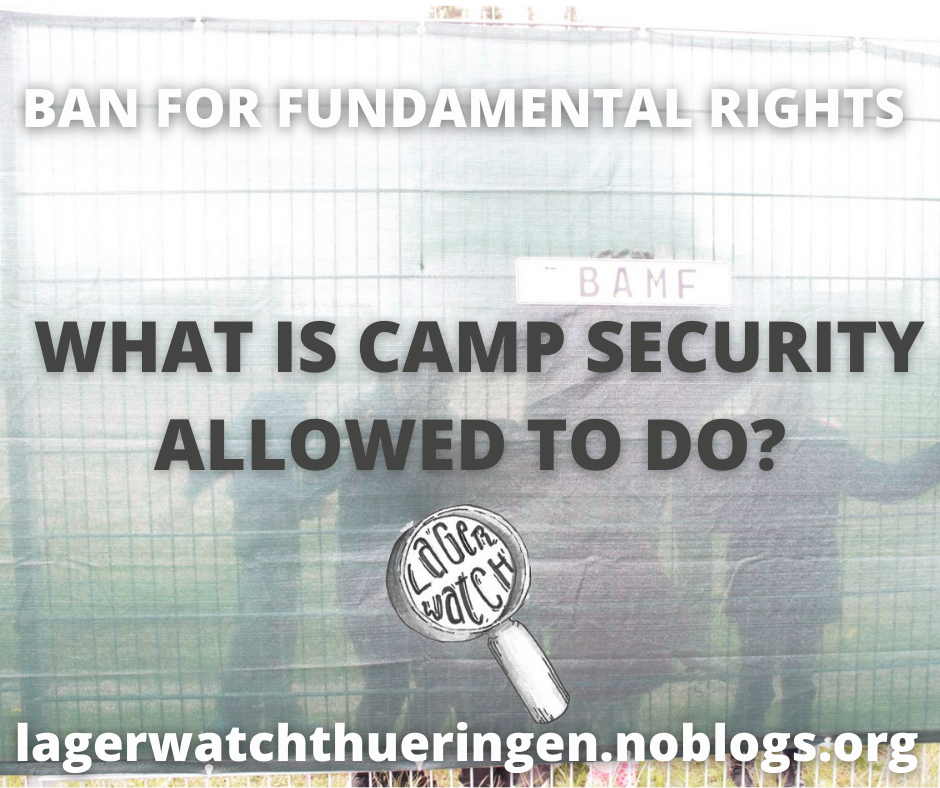 The discussion showed again that the verbal abuses and violence that were documented in the video are by no means an isolated case. Yet, it was stated that of course not every security employee is a bad person, but that it is dangerous to give them so much power over vulnerable people, because some are indeed acting racist.
In May 2022, a hearing in the Thuringian state parliament reveiled that the security guard who was in the 2021 video actually candidated on the list of a Neo-Nazi party before and was posing with extreme right symbols on social media. Yet, the Ministry of Migration gave an uncomforting statement that they couldn’t do anything as long as he was not a member of a forbidden party – see our video.

We still demand to cancel the contract with the current security company, and most of all to offer decent and safe housing to migrants. Lagers are no safe places for anybody!

#NoLager About Lager-Watch Thuringia: As refugees affected by camp accommodation and supporters, we document the structural, racist and physical violence of camp accommodation in Thuringia. Our goal is to make the grievances and conditions in the Thuringian camps visible. So far we have mainly been active around the initial reception camp in Suhl.